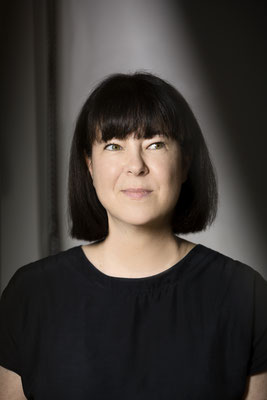 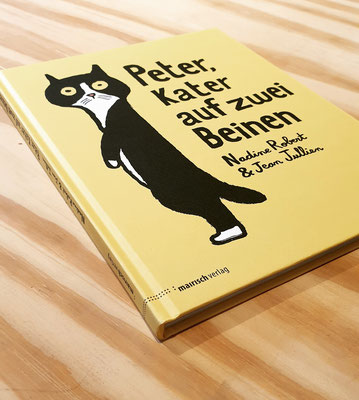 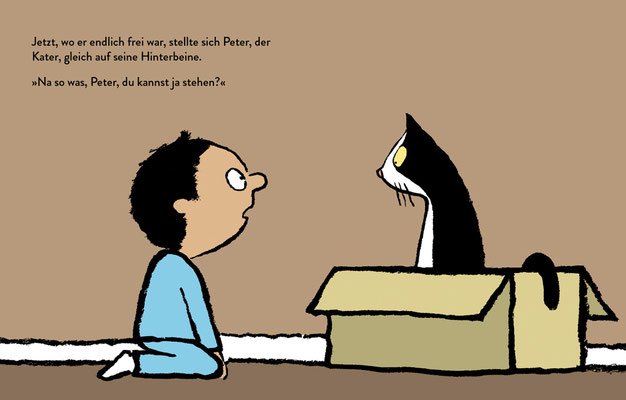 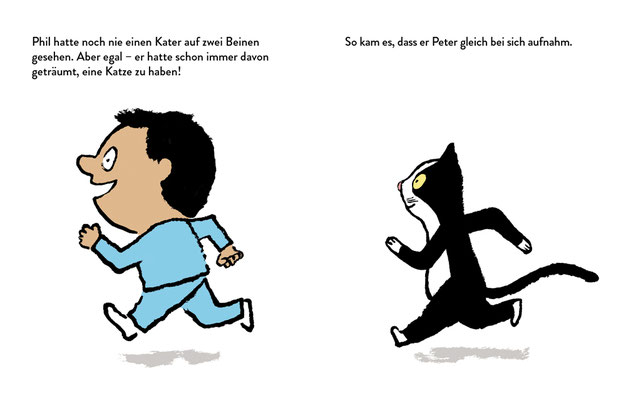 mairisch: Nadine, do you have cats yourself?

Nadine Robert: Yes, we have a family cat named Brume. Which means mist or haze in English. But when I was a child, I had several cats and one in particular, Réglisse, that gave birth to dozens of kittens.

How did you come up with the idea for this book?

Part of the idea came from that cat Réglisse I had for a long time as a child. Réglisse was a non-neutered cat, so each year, she gave birth to many kittens. Each time she had a litter of kittens, I was always hoping that one of them would have a particular gift or something like a special power. Maybe one could stay tiny all its life, so I could bring it to school in my coat pocket. Maybe one could whisper secrets that only I could understand, or maybe one could eat with a spoon! I was always hoping one day one of the kittens would be extraordinary!

In the beginning, Phil finds a strange box in front of his door. What was the weirdest thing you ever got in the mail?

I wish I could have received a cat in a box, like Phil, but I guess the most exciting thing I have received by mail, and that was in 1988 when I lived in Germany, was eleven letters from eleven different friends in one day! I have to say, I was writing and corresponding a lot back then. Writing was my favourite occupation: Lieblingsbeschäftigung. 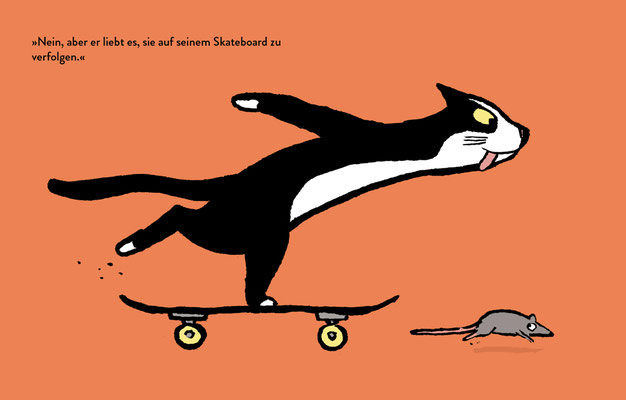 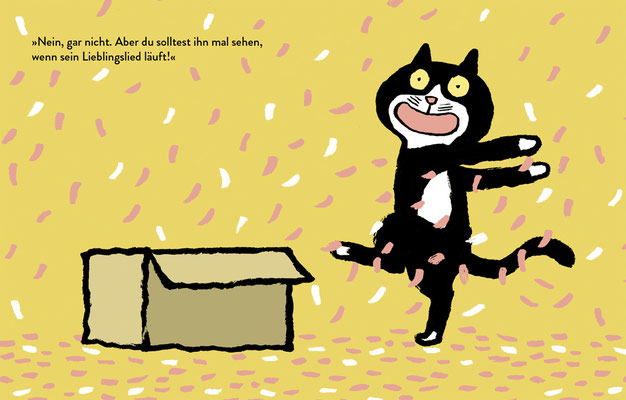 How did the collaboration with Jean Jullien start?

The collaboration with Jean Jullien started with a book project called Ralf. I had seen extracts of illustrations for this book on the Web and wrote to him to see if he had found a publisher for his project. Lucky me, the book project was looking for a publisher so that’s how we started discussing it and collaborating together.

How did you work two on the book? Was it first the text, or first the images? Did you work on the pages together?

Jean and I wanted to work on another project at the time, but he was very busy with many other art, exhibit and design projects so he couldn’t find time to write. So I tried to find a book idea that would highlight Jean’s talent. I had seen this portrait of a standing cat he had done for friends of his (photo attached) and I thought that cat would make a great character for a story. That’s how the idea came up. The character was great and then I remembered this wish I had with the kittens when I was a child. Why not write a story about a funny and extraordinary cat!

Peter, the cat, doesn't behave normally. What was your main thought on his role in the book?

I always try to explore different things when I write. I don’t like to repeat myself. So I think it was my first try at a lighter and funnier story with Peter. My aim was to make him as funny and endearing as possible so his personality would charm children and they would start wanting to find or adopt such an amazing cat themselves. 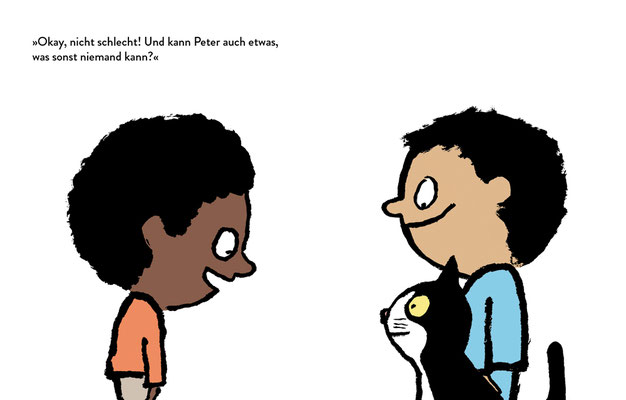 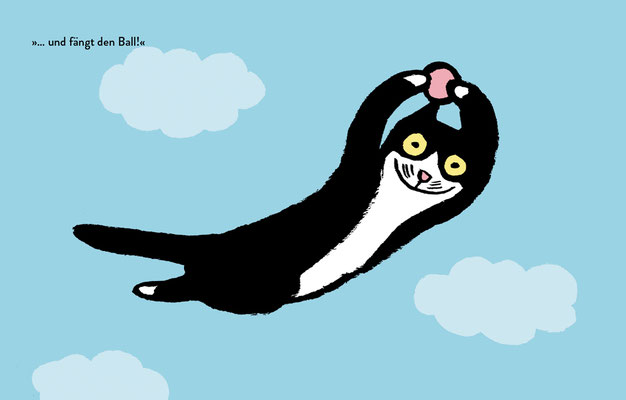 The book is also about Peter surpassing every expectation you could have in a cat. Do you consider "normal" cats to be, well, boring?

Hahaha! It’s true that cats are not the most entertaining animals, always sleeping and they always seem bored themselves. :) But Peter’s story is also one of difference and how being unique and special is often a great asset and gives uniqueness to one's personality.

The book is based on a real life cat – does this cat have similar skills?

Unfortunately, I don’t think so. The most amazing thing I have seen one of my kittens do is eat with its paws. My cat Réglisse had an extra thumb on its front paws. That is called poly dactyl paws and it makes their paws look like a mitten. Often, cats with those kinds of paws take food with their paws and bring them to their mouths. I don’t know if they all do it, but my cat would do that.

What reactions did you get for the book, in Canada and in the other countries it was translated?

The reactions to Peter have been amazing all over the world. What has been the most satisfying thing for me as a creator is that I wanted to make this character captivating and lovable and I have had parents and children tell me that they like the book so much, that children carry it around everywhere like a toy and one child even told me that he often sleeps with the book. I think the main reason this book has worked so well is because of Jean Jullien’s talent in creating the character and making him so likeable and funny! Everybody loves Peter!